What lies ahead for PAL? 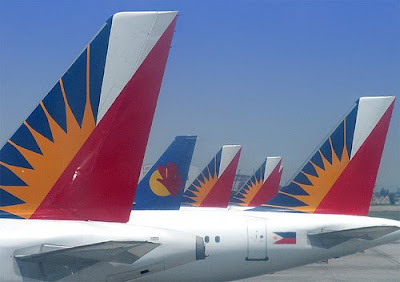 2010 has been dubbed by Centre for Asia Pacific Aviation as the year of the Asian Airline bailout headed by Japan Airlines, China Eastern Airlines and Air India in guise of a financial term called "restructuring program".

All these six airlines are set to receive well over USD10 billion in bailouts in the first three months of 2010, according to the Centre for Asia Pacific Aviation's estimates.

Lucio Tan owned Philippine Airlines on the other hand is happy where it is, except for some indifferent labor unions who does not know the word "recession","globalization" or "job outsourcing strategy" which could potentially make or break the airline for good.

PAL’s union members have been hoping for a similar bailout strategy from the Philippine government to infuse funds with same losing structure to keep PAL flying. Unfortunately, the government, with its huge fiscal deficit, cannot gamble its limited financial resources to an inefficient airline, like what the Japanese government is now doing to support JAL or other government airline such as Thai and Malaysia airlines. It did not do so in 1998 when it filed for bankruptcy, it will not intervene now even if President Arroyo wants to.

PAL has been Lucio Tan's biggest headache despite the wealth he generates for his business empire. He has been quoted by Boo Changco saying that "airline is bad news" for him. And he is not into spending mode unless management fixes its loopholes that drains his investments away. With Cebu Pacific profits soaring and his profits diving, there must be something wrong with the airline which need fixing fast.

Jaime Bautista, PAL President, found a pill for its nagging headache, a fixed labor cost, which could potentially cut half their expenditure for ground related services.

Philippine Airlines announced their plans to outsource non-essential jobs in the airline in an attempt to improve its profitability and chances of survival against the growing treat of low cost airlines.

Despite the union's vigorous opposition to the plan, they have no choice but face the reality that PAL or Lucio Tan for that matter isn't bluffing on the state of legacy airlines around the globe.

In fact, it was Philippine Airlines union president Edgardo Oredina who broke the bad news to the members of the Philippine Airlines Employees’ Association (PALEA) last year that most legacy airlines around the world, among others labor unions from Cathay Pacific, Malaysian Airlines, Thai International Airways, Air India and Garuda Indonesia are resorting to pay cuts, retrenchment, reduction of working hours, and job outsourcing to survive the business downturn and compete to the challenges of low cost airlines.

“Ironically, ITF’s presentation also dealt with the great impact to the operating revenues made by the so-called ‘low-cost and no-frills’ airlines in the region like Cebu Pacific, Air Asia and the likes, leading to the heavy losses on the legacy airlines and flag carriers like PAL,” Oredina said

It took the International Transport Workers Federation meeting in Sri Lanka to convinced Oredina that they are working indeed on borrowed time. He said that “unions worldwide, especially in the aviation industry, must be more dynamic, proactive, innovative and aggressive adapting to the current changes in the industry, within the framework of maintaining the essence of unionism...,”

Now, the union is starting to cooperate with the airline and its plan for survival. New planes are coming and passengers are growing. Certainly, it should be a win-win situation for the airline and its soon to be dismissed employees as jobs would still be available for them and to others, only that they will be working with a new employer other than acceptance of pay and benefits cuts. According to Labor Secretary Marianito Roque, that should be the best deal for some PALEA members rather than having no work at all.

The recession that hit the airline industry worldwide changed operating dynamics drastically taking its first toll to the most inefficient one, Japan airlines. There is only one rule of the game, and that is stay competitive or your out. Legacy airlines must adapt to the new rules of the game by changing their business models to match the efficiency of budget airlines or suffer the ignominy of history.

Its been incredible already that PAL weathered the crisis without the government's assistance, financial or otherwise. There should be no other way but up. Tan promised new investments if its resolved. There is no doubt that PAL's future is shining through.