Flag carrier Philippine Airlines (PAL) is terminating triangular service and will fly instead direct flights to Kuwait beginning March 26, 2017 every Tuesday, Thursday, Saturday, and Sunday after traffic negotiations with Kuwaiti authorities for fifth freedom traffic rights between Dubai and Kuwait ended up on a negative note.

Accordingly, fifth freedom traffic rights between Bangkok and Manila granted by the Civil Aeronautics Board (CAB) to Kuwaiti Airways is likewise terminated.

From Russia With Love

The Philippine government yesterday received from the Russian Federation some 30 tons of humanitarian aid for the victims of the recent earthquake that struck Surigao Del Norte on February 10 delivered from the Kremlin's Special Flight Squadron.

The relief items from Moscow Vnukovo Airport, valued at some ₱20 million, arrived yesterday morning at Davao International Airport aboard a military aircraft from the Russian Federation for Civil Defense.

Russia also sent aid to Bohol and Cebu when earthquake hit the area in 2012 coincidentally on the same month and date.

CEB Opens Up Masbate and Tablas 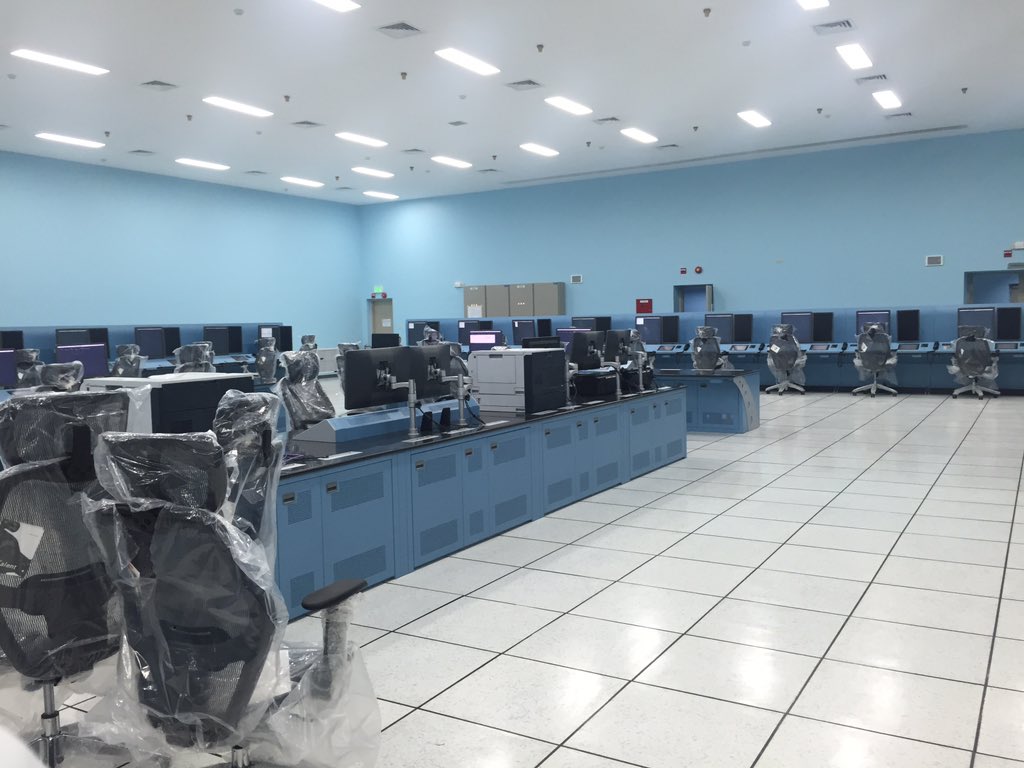 The radar station in Tagaytay responsible for air traffic navigation within Manila Centre will be shut for six days in March 6 to 11 for migratory maintenance and upgrading works, the Civil Aviation Authority (CAAP) said Monday.

The migration will affect air traffic in Manila's Ninoy Aquino International Airport (NAIA) as its terminal radar station in Pasay has limited range to see all incoming and departing aircraft. 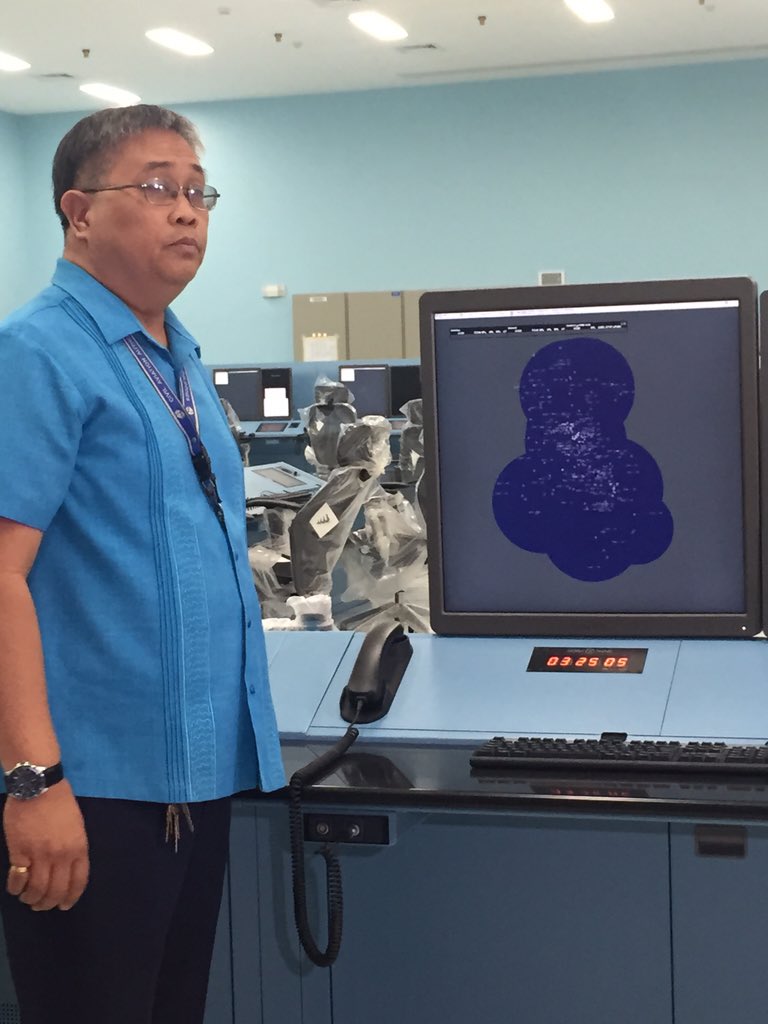 CAAP in a press conference this morning said that instead of the 40 aircraft movements allowed at NAIA per hour, there will only be 32 flights that are permitted to operate at the airport because they are increasing flight separation time to avoid accidents in the air as there will be blind spots that are beyond the range of Cebu and Laoag survellance radars.

Caap Director General, Capt. Jim Sydiongco said the en-route radars in Laoag and Mount Majic in Cebu will be used instead to cover Tagaytay radar.

Once the upgrade is complete, the air traffic flow within the Philippine airspace will be integrated with the ASEAN FIR, Hong Kong FIR, Taiwan FIR, as well as other Flight Information Regions for an uninterrupted and seamless air traffic flow.

The Civil Aviation Authority of the Philippines (CAAP) has closed Surigao Airport this morning due to massive damage of its runway caused by intensity 6.7 earthquake that hit the city at 10:03pm last night. The airport closure is expected to last until March 10 as airport authorities rushes emergency repair works.

CAAP Surigao said the runway ground is still moving up to this writing due to aftershocks.

Meanwhile, Philippine Airlines subsidiary PAL Express (PAL) suspended its flights to the airport and offered free rebooking to the nearby Butuan Airport. PAL said they will accommodate Surigao-bound passengers via Butuan.

Cebu Pacific (CEB)  in its latest bulletin has also suspended flights to the airport until further notice.

PAL flies to Manila while CEB flies to Cebu from Surigao Airport.

First To Fly, Second To Return The airline will fly to Clark this time from its Kalibo hub with three weekly flights says PAA chief executive Dexter Comendador said.

“We are thrilled to provide the much needed connectivity at affordable fares for travellers from Central and Northern Luzon,” he said.

PAA launched commercial flight operations at Clark making it its home base and the first airline to operate a hub at the said airport in 2012. It transferred its operations to Ninoy Aquino International Airport following strategic acquisition with Zest Airways in 2013.

The airline currently operates hub in Manila, Kalibo and Cebu for domestic points in Tacloban, Tagbilaran and Davao and international routes to Shanghai, Taipei, Seoul, Hong Kong, Macau, Kuala Lumpur, Kota Kinabalu and Singapore with a fleet of 14 Airbus A320 aircraft. It is also flying regular chartered flights to some points in China.
0 comments

Singapore Airlines (SIA) is expanding presence to Manila as it adds fifth flight out of Ninoy Aquino International Airport, according to SIA Regional Vice-President for Southeast Asia Philip Go.

Go said it already applied for additional landing slots to regulators but its application is constrained by the current lack of desired available slots at the country’s main gateway.

Meanwhile, Silk Air will be growing Cebu to double daily flights while Davao will see eleven flights per week and Kalibo five times per week this year.

The airline group which flies Manila, Cebu, Davao, Clark and Kalibo is also studying Bacolod, Puerto Princesa and Iloilo as potential Silk Air or Tiger Airways destinations in the future as it sees opportunity to expand presence in other areas of the country.
3 comments


Older Than You Thought!

A story in last week’s MetroPost issue about the installation of runway lights at the Dumaguete-Sibulan airport has brought a retired military pilot to recall the first night landing at that airport.

It was an event over four decades ago when Dumaguetenos responded to a call for help to light up the runway with their car headlights to help the pilot make an emergency landing.

It was March 29, 1975. “I was a 1st lieutenant with the 220th Airlift Wing based at Mactan Air Base in Cebu,” Eugene Malahay, now a retired Air Force colonel living in Dumaguete, recounted after checking his flight logbook.

He had just completed a flight to Mactan Air Base from Manila, when a call for help came from the Philippine Constabulary in Siquijor. The PC in Siquijor was seeking reinforcement from their regional office to ward off a band of pirates.

“The Air Force knew I was from Dumaguete so they asked me if I was willing to fly one platoon (about 40 personnel) of constables to Dumaguete,” he said.

There was no airport in Siquijor that could accommodate the C123K Provider aircraft so they would have to fly to Dumaguete, from where the soldiers would cross over to Siquijor by sea. 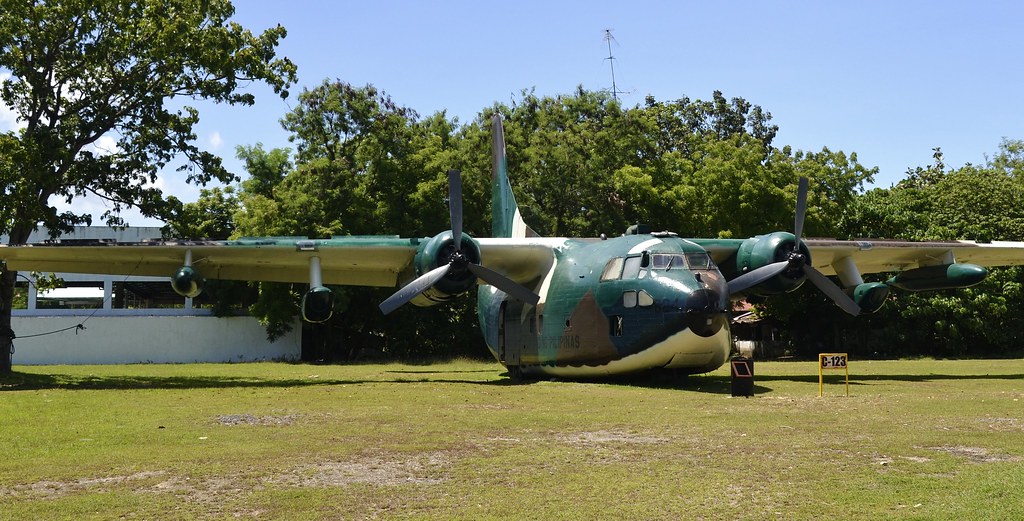 Dumaguete had an airport but had no runway lights. “I agreed to fly because it was a moonlit night,” Malahay recounted.

The Fairchild C123K Provider transport aircraft, with body number AF 632, was the aircraft of choice for that flight. With two reciprocating engines and two auxiliary J-85 jet engines, it was so designed to land and stop in short airfields, and was the initial workhorse of the 220th Airlift Wing. Malahay explained that the Philippine Air Force had 17 of these Vietnam-vintage planes, only half of which were functional. None of these planes are flying today as the C123k Provider transport aircraft has been withdrawn from the Air Force since 1982 for lack of spare parts.

After making their flight plan, Malahay and his co-pilot, Maj. Antonio Paulin, were soon airborne with the platoon of Constabulary troops. The 36-minute flight to Dumaguete was mainly uneventful until they reached the dark airport. “We couldn’t see the runway but I was familiar with the terrain so we made a few approaches,” Malahay said.

The noisy drone of the plane’s engines as it made low passes above the City at a time when most Dumaguetenos were sleeping, worried many. What could be wrong?

The answer came when they turned on their radio sets to hear an announcement from the Provincial PC Headquarters over Radio DySR asking car owners to go to the airport, and light up the runway with their headlights to help a military plane land. Various car owners responded to the call.

Billy Yrad, who just graduated from 6th grade then, was one of those who showed up. Now a businessman based in Ohio, USA, Yrad said he was not old enough to drive at that time so he just accompanied his father Boni and brother Boyd. They were among the first ones to respond, as they were living near the end of the airport runway, where they operated a Ford dealership business.

“Papa helped organize the parking of the vehicles to line the airstrip,” he said. Billy noted the people who came out to help were actually risking their lives. “Everyone seemed to be thinking more of helping the beleaguered airplane and its passengers than their own safety,” he said.

By the time the plane made its fourth approach, Malahay and Paulin could already see the runway, and proceeded to land the plane safely, earning their place in history as the first pilots to make a night landing at the Dumaguete airport.

The platoon of PC constables then proceeded to Siquijor by sea, as planned.

Asked if the thought of meeting an accident in attempting to land a plane on a dark runway ever entered his mind, Malahay said he was confident as he was doing everything by the book. “If we were unable to land on the fourth attempt, I would have simply flown back to Cebu,” he said.

Today, nearly 42 years after that first night landing, planes can take off as late as 7 p.m. at the Dumaguete-Sibulan airport, thanks to the newly-installed runway lights.

The unparalleled show of cooperation and selflessness of the locals on that night of March 29, 1975 may already be a blur in the minds of many old time Dumaguetenos. But the events continue to remain fresh in Colonel Malahay’s memory.

His logbook of mostly-uneventful flights had an additional entry for that March 29 flight: “Thank the people of Dumaguete and radio station DYSR.”(ARVP)
1 comments