The ARFF procurement was part of the International Civil Authority Organization (ICAO) recommendations to improve safety standards of Philippine Airports which were found to be inadequate.

The original bid was won by Spanish firm Iturri S. A. and Protec Fire S. A., which offered the lowest bid but was subsequently disqualified for failure to comply with the requirement that the chassis of its fire engines should be noncommercial.

"The issue there was the chassis of the fire trucks, very clear in TOR, it should be customized chassis. I spoke to BAC chair it was clear in the papers submitted by Iturri that they were going to use commercial chassis,"  Transportation Secretary Joseph Emilio Abaya said.

Abaya explained further that Iturri and its partners failed to follow the procurement law.

Meanwhile, CAAP Director General William K. Hotchkiss lll said the deployment of the new ARFF is part of the upgrading of the Emergency Services Unit of CAAP on all major airports in the country to comply with the International Civil Authority Organization (ICAO), Federal Aviation Administration (FAA), and the European Union (EU) international aviation standards for aircraft and rescue fighting requirements.

Four groups participated in the bidding, but only two passed procedural and eligibility requirements – Iturri and US-based Oshkosh.

However, while the Spanish company submitted the lowest bid, it failed to pass the post-qualification evaluation done by the committee in July as Iturri's fire trucks did not comply with the TOR, which called for "custom" or non-commercial chassis.

CAAP BAC chairman retired Brig. Gen. Rodante Joya said Iturri's trucks had commercial chassis, whose width of 2.55 meters did not comply with the ICAO- and FAA-accepted width of 3 meters, and whose tires were "narrower", and may tilt over when running at high speed.

CAAP operates 81 airports across the country with 41 airports handling commercial flights. These commercial airports have a consolidated inventory of 97 fire trucks but only 80 units are working while 17 units were out of commission due to spare parts supply problems arising from obsolescence.

Some of the well maintained ARFF have acquisition date as far as year 1968 while bulk of the equipments existing are acquired at the time of President Ramos almost 20 years ago. Three ARFF vehicle (2x 6,000 and 1x 13,000 liters) were added to the inventory in 2013. 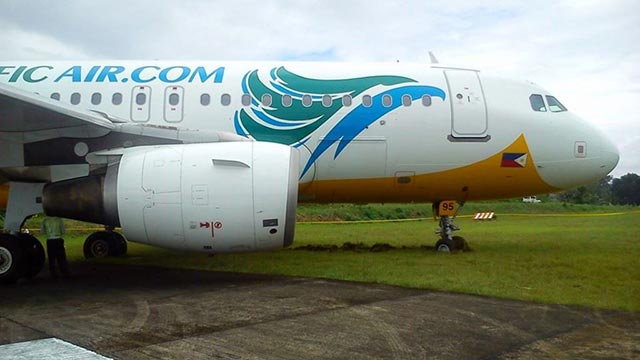 Butuan airport was closed by the Civil Aviation Authority of the Philippines (CAAP) Saturday morning following the skid of Cebu Pacific Airbus 319 plane (RPC3195) of its runway as it was preparing for takeoff at 10:00am. No injuries was reported.

Cebu Pacific flight 5J 220 carried 105 passengers and crew and was bound for Cebu. CAAP immediately dispatched a team headed by Anthony de Arca to determine the cause of the accident.

At least seven flights to and from Butuan airport were cancelled as the runway was ordered to be closed until 4pm Sunday afternoon, the CAAP said.
6 comments 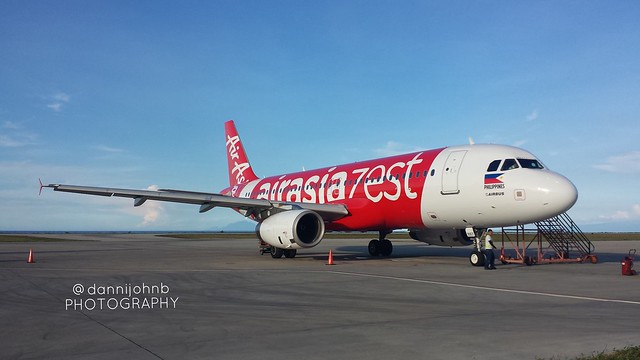 AirAsia Zest head said that they will receive two more A320 plane beginning third quarter of the year for flight services to Japan.

Marianne Hontiveros, CEO of Philippines AirAsia, said the airline was looking at flights to Narita, Nagoya and Osaka as well as to China and some expansion of its domestic market.

The Philippines Ninoy Aquino International Airport (NAIA) in Manila managed to attract more passengers as  it recorded a rise of 3.1 percent last year making it the 44th busiest airport in the world.

The number of arriving and departing domestic passengers at NAIA slipped slightly to 17.689 million from 17.738 million due to several flight cancellations arising from natural and man-made disasters and weather disturbances.

Links to this post
Email ThisBlogThis!Share to TwitterShare to FacebookShare to Pinterest
Labels: Facts Figures and Statistics

The new agreement increases the number of seats to around 16,800 on the Manila-Singapore route per week for each country. The current number of seats is 13,800 per week for each country.
According to Civil Aeronautics Board executive director Carmelo Arcilla, the agreement also expanded the fifth freedom rights of both countries, by adding China for Singapore upon the requests of low cost carrier Tiger Airways and Jetstar, and India for the Philippines as PAL would like to re-introduce India via Singapore.

Fifth freedom rights refer to the airline's right to fly passengers to a third country from a country with which an airline's resident country has an outstanding air services agreement.
0 comments Cathay Pacific is consolidating its operations in the Middle East this year by reducing capacity between 10% and cutting services to Jeddah and Abu Dhabi prompted by capacity dumping of Philippine-based carriers to the gulf region and simultaneous expansion by Gulf carriers to the Philippines beginning fourth quarter of last year.

Cathay catered to the largest market between the Philippines and the Middle East capturing about 20% of Manila- Dubai traffic. The Manila-Dubai route comprised about one-fifth of all Philippines-Middle East passengers. The second-largest route was from Manila to Riyadh, home to millions of overseas Filipino workers.

The Saudi Arabia - Philippines market has likewise grown by over 60% last quarter due to the re-introduction of Philippine Airlines (PAL) flight to Dam mam,Riyadh, and by this year Jeddah.

The second wave of Middle East expansion by PAL and its subsidiary PAL Express,  as well as low cost carrier Cebu Pacific to Qatar and Saudi Arabia is expected this summer season.

Philippine Airlines is expected to become the largest  Asian carrier between Asia and the Middle East by the end of 2014 after it will add three more destinations before the end of the year.

At the start of the 2014 however, the pack is still headed by Garuda Indonesia with Cathay Pacific slipping to third place. Cathay was the second-largest Asian carrier between Asia and the Middle East at the start of 2013 before PAL built up a sizeable Middle East network.
0 comments

The Philippines will acquire three air search radars from Israel to boost its monitoring activities in the West Philippine Sea, where increasing Chinese military presence has been causing tension.

Security officials signed last week an implementation arrangement that would pave the way for the purchase of the radars from Israel Aerospace Industries Ltd.-Elta for P2.6 billion.

Israel will also lend the Philippines another radar “for immediate stop-gap solutions,” the source said.

The delivery of the three radars is expected within the next two years. The one to be lent by Israel would be ready in a year.

“The full requirement for national coverage involves nine radars but because of the capability of the three radars, we will only need seven,” the source said. It’s not clear if more deliveries are forthcoming.
1 comments