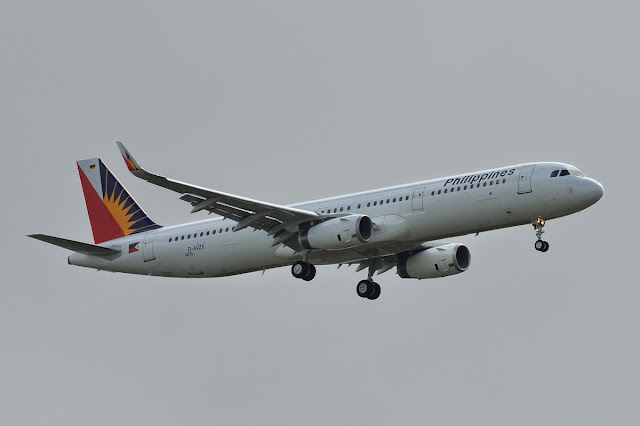 Flag carrier Philippine Airlines (PAL) has confirmed that it will link Tokyo, Hong Kong and Bangkok to its Davao airport hub soon as part of the airline expansion program.

The route which will be flown by Airbus A321-200 aircraft is already pending for regulatory approvals and likely approved within the year.

The airline operates flights to Zamboanga, Tagbilaran, and Siargao from its Davao hub, while it dropped Cagayan de Oro route very recently due to poor passenger sales.
13 comments

Airbus is expecting its new A330-900neo variant with 251t maximum take-off weight (MTOW) powered by Rolls-Royce Trent 7000 engines to finally cross the Pacific for 15 hours flight towards Southeast Asia on 2020 as it provides additional 650nm range hike compared with the current 242t variant.

The aircraft Manufacturer is putting the range of the new A330-900 with 297 passengers in three classes to 7,200nm, a 1,450nm range increase over typical A330s currently in service, while that for the A330-800 will increase to 8,150nm with its empty weight and maximum zero-fuel weight unchanged at 177t and 172t respectively.

The heavier plane will also feature a new tire and brake system together with reinforcement of main and nose landing-gear.

Airbus said this aircraft will give PAL great flexibility to use either aircraft in their fleet according to network needs in size and range.

The new take-off weight combined with the fuel capacity increase and the additional 10 seats (compared with existing A330-900s) enables PAL to carry additional payload on longer missions to North America that would make the aircraft capable of reaching Manila or Cebu from Los Angeles or San Diego, which would otherwise be too big for the A350-900s.

The additional fuel capacity for the A330 also allows PAL to fly thinner longer distance routes, such as direct flights between Manila to London, Frankfurt or Paris, with the ability to carry additional cargo on the eastbound return flight according to Airbus.

PAL has been using A330 plane since 1996 from the earlier 212t variant for regional destinations to the latter 235t variant in 2012 for Middle East, Australia, and Hawaii operations with longest flight to Honolulu and Jeddah, Saudi Arabia with 10-11 hours flying time.
17 comments

MIAA Goes Back To Earth


Not So Novel Idea After All!

General manager Ed Monreal clarified that at this time NAIA schedules are still within limits. NAIA fight schedules is being prepared by Airport Coordination Australia(ACA).

Monreal said peak times are already closed but there are still lean time available at the airport. Operators wanting to operate at peak times were however advised to land in Clark instead.

Earlier in February, Speaker Pantaleon Alvarez said airport authorities have six months to decongest and reorganize NAIA. He then suggested to transfer some flights to Clark.

Monreal said that what Speaker Alvarez meant was that excess traffic would be relocated to Clark.

"So far there is no excess at this time. Our schedule prepared by ACA are still within manageable limits. There is no mandate to automatically transfer planes or flights to Clark." Monreal explained.

Terminal assignment is however a different matter.

Monreal said the plan is for all of Philippine Airlines’s (PAL) international flights from Terminal 1 and 2 to be relocated to Terminal 3. Etihad Airways, Japan Airlines, Thai Airways and Saudia Airlines, however, will continue to operate in Terminal 1.

Terminal 2 would become a domestic airport for flights of PAL, PAL Express and Cebu Pacific. The international flights of 27 foreign carriers would be transferred to Terminal 3.

Terminals 1 and 3 are intended for international flights while Terminals 2 and 4 are for domestic ones.

Monreal said that "mixed use" of the airport terminals has to end, and vowed to change the system solely for the Terminals intended purposes.

"Terminal 3 should all be international and Terminal 2 should go back to being domestic" Monreal said.

"The problem with Terminal 2 is that its not enough to accommodate all domestic bound passengers" Monreal said.

It is on this end that Alvarez laments rationalization plan to transfer some domestic flights to the CIA that can't be accommodated by Terminal 2.

“Our proposal that would see the construction of a new concourse within the existing Terminal 3 area and be designated as Terminal 3 Domestic, but will leverage the common infrastructure, terminal and ramp areas of the current Terminal 3. We estimate this will increase total Terminal 3 capacity from 14 million to 28 million,” the airline said.

PAL Head of Operations Ismael Gozon said the company supports the objective of terminal rationalization and the intended timelines set by airport authorities, but said the plan is not solution to the problem instead the expansion of Terminal 2.

DOTr is currently preparing the contract for Terminal 2 expansion to accommodate both PAL and Cebu Pacific domestic passengers. Bidding papers for this project will come out soon.
9 comments

While CEB selects airRM as its RMS


Flag carrier Philippine Airlines has switched to full Amadeus Altéa Suite from Sabre Systems to deliver an extensive transformation of the airline’s Passenger Service System that aims to streamline and improve all core passenger processes for PAL, including reservation, inventory, departure control, and flight management as it readies for integration with airline partner.

Tangible benefits include faster and simpler check-in for travelers, the ability to re-accommodate disrupted passengers in a matter of seconds, improved on-time performance, and consistent, automatic application of customer preferences at every touch point.

Adopting Altéa will also support Philippine Airlines’ ambitions to join an airline alliance. More than two-thirds of Star Alliance airlines, three-quarters of oneworld airlines and half of Skyteam airlines use Altéa.

As a community platform for airlines, Altéa enables better integration between partner airlines, with real-time sharing of availability, fares, customer and booking information to deliver a harmonized customer experience across the alliance.

The unified Amadeus solution simplifies and enables consistent decision making across several commercial planning divisions by bringing all the data to one place and in real-time.

airRM enables airlines to make better and more profitable decisions. The solution is currently used by more than 90 of the most successful carriers in the world.

“Cebu Pacific is the largest and most successful airline of The Philippines. Experiencing rapid growth in the last decade Cebu Pacific now operates a fleet of over 75 Airbus aircraft”, said Andrew Millar, Vice President of Sales & Support.

Air Asia Bhd has been using airRM for its Revenue Management System since 2011 while Tiger Airways (now Scoot) started the system in 2014.
15 comments 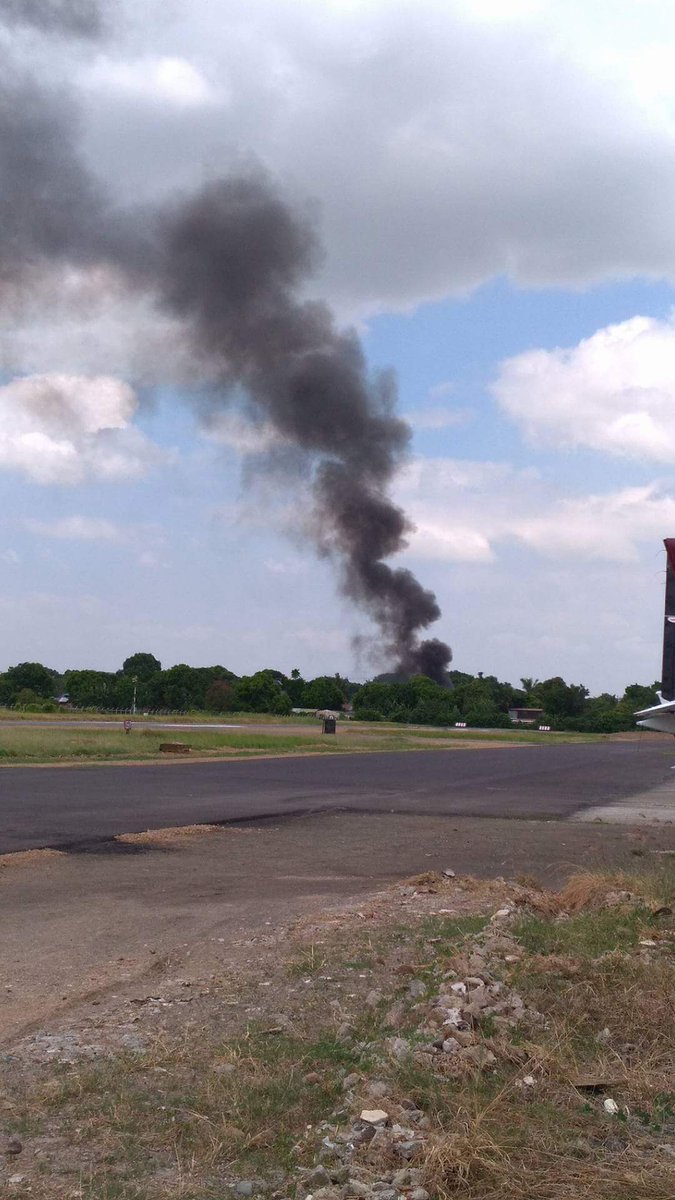 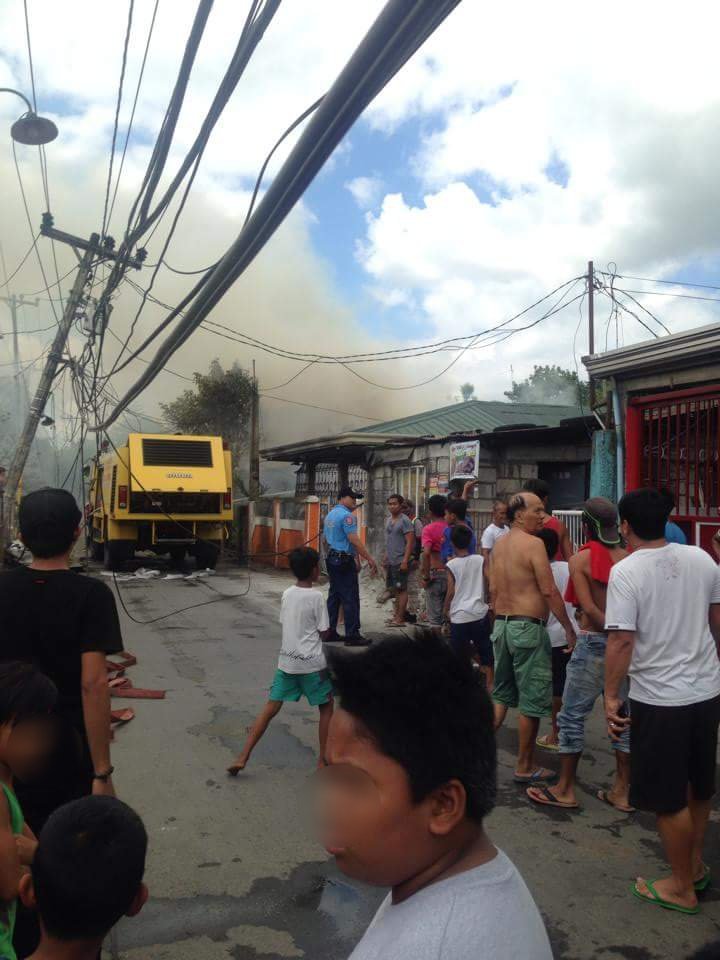 A Piper PA-23 Apache plane (RP-C299) belonging to Lite Air Express crashed at 11:21am after take-off at Plaridel airport killing its two pilot and four passengers. It was bound for Laoag International Airport.

The ill-fated aircraft was flown by Capt. Ruel Meloria and co-pilot Efren Patugalan. Names of passengers were withheld until notifications are made to their respective families.

The plane crashed in a residential area belonging to Luisa Santos at Purok 3 Brgy. Lumang Bayan, Plaridel, Bulacan this morning killing five person on the ground which involved the whole family that reside in the house where the plane fell.

Initial investigation from the Flight Safety and Inspectorate Service disclosed that the aircraft stalled after climbing and plunged into the house. The cause of the stall remains unknown.

CAAP said all aircraft operated by Lite Air Express would be grounded pending results of the investigation.
0 comments

Tomorrow it will begin flight to Ormoc which was abandoned by Cebu Pacific on January 31 citing low passenger traffic.

A direct flight from Cebu to Ormoc is expected to be 30 minutes, while Catbalogan is estimated to take about 50 minutes but a route such as Cebu-Biliran-Catbalogan will take about 2 hours.

The airline said that additional less chartered routes are expected to be added in the future.
0 comments

Davao International Airport (DIA) is growing its domestic and international destinations as new routes are introduce by airlines this year.

In the pipelines are routes to Siargao flown by Philippine Airlines effective March 25 and El Nido flown by Airswift effective May 22.

Two international destination is also opening up this year after airlines secure regulatory approvals. Qatar Airways is expected to begin flight to Doha before the end of the year while renewed flight to Hong Kong is prepared.

DIA is recently connected to Kuala Lumpur by Air Asia, Puerto Princesa by Philippines Air Asia,  Bacolod, Iloilo, Tacloban, Tagbilaran and Dumaguete by Cebu Pacific and Caticlan and Tagbilaran by Philippine Airlines, all being launched last year. PAL however is terminating flight to Cagayan de Oro beginning March 23 due to poor sales.