Sleepless in NAIA 1? Not anymore 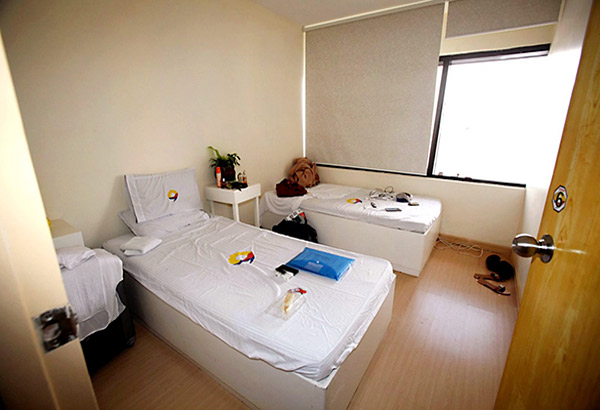 Passengers waiting for connecting flights at the Ninoy Aquino International Airport (NAIA) Terminal 1 can actually avail themselves of facilities where they can rest in comfort.

NAIA-1, tagged as the world’s worst airport last year by travel website sleepinginairports.com, in fact has clean and comfortable sleeping accommodations for passengers.

Twelve air-conditioned “day rooms” can be rented for P840 ($19) each for 24 hours. The rooms are located on the fourth floor of Terminal 1 right beside the Sampaguita lounge, which is being refurbished as part of improvements being done at NAIA.

Each room, measuring 3x3 meters, has a private toilet and shower.

A similar facility was set up in 1983 at the arrival area near the immigration section, but it was closed on March 23, 2012.

The new sleeping facilities opened on Sept. 5 last year but are little known.

Portia Ortiz, airport operations assistant, said most of the occupants of the rooms are foreigners with connecting flights as well as “excluded” passengers or those with immigration problems.

The day rooms have a strict no smoking policy, according to Ortiz.

Travel website Sleeping In Airports, in its Best and Worst Airports for 2013, tagged NAIA as the world’s most notorious airport.

The website’s list of best and worst airports in the world is based on the votes of travelers who were asked to consider comfort, convenience, cleanliness and customer service.

Some of the factors for the “worst airport” tag are crowded terminals, long delays, difficult transfers, lack of 24-hour food, dirty floors, bathrooms and food courts; unfriendly staff and airport scams, among others.
1 comments


The Philippines and Macau have signed a new Air Service Agreement increasing the current entitlement of 4,500 seats for additional 2,520 weekly seats to the current allocation.

The new agreement increases the entitlement to 7,020 weekly seats.

The existing air service agreement with Macau was signed in 1997, with the last negotiation for increased passenger traffic held in June 2013, when both countries agreed to increase seat entitlement to 4,500 seats a week from 3,500.
0 comments 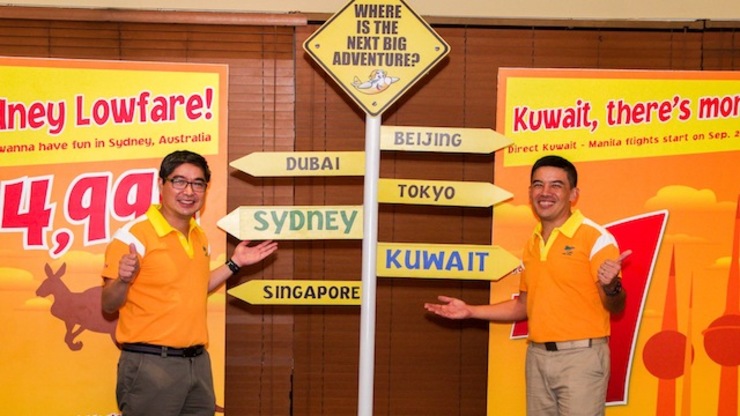 Cebu Pacific has changed its mind and has abandon Tullamarine Airport in Melbourne to fly direct to Syndey in Australia Beginning 9 September 2014.

In a press conference Monday,  Cebu Pacific president Lance Gokongwei said they will also introduce Kuwait in the Middle East starting 2 September and open up Saudi Arabia early next year.